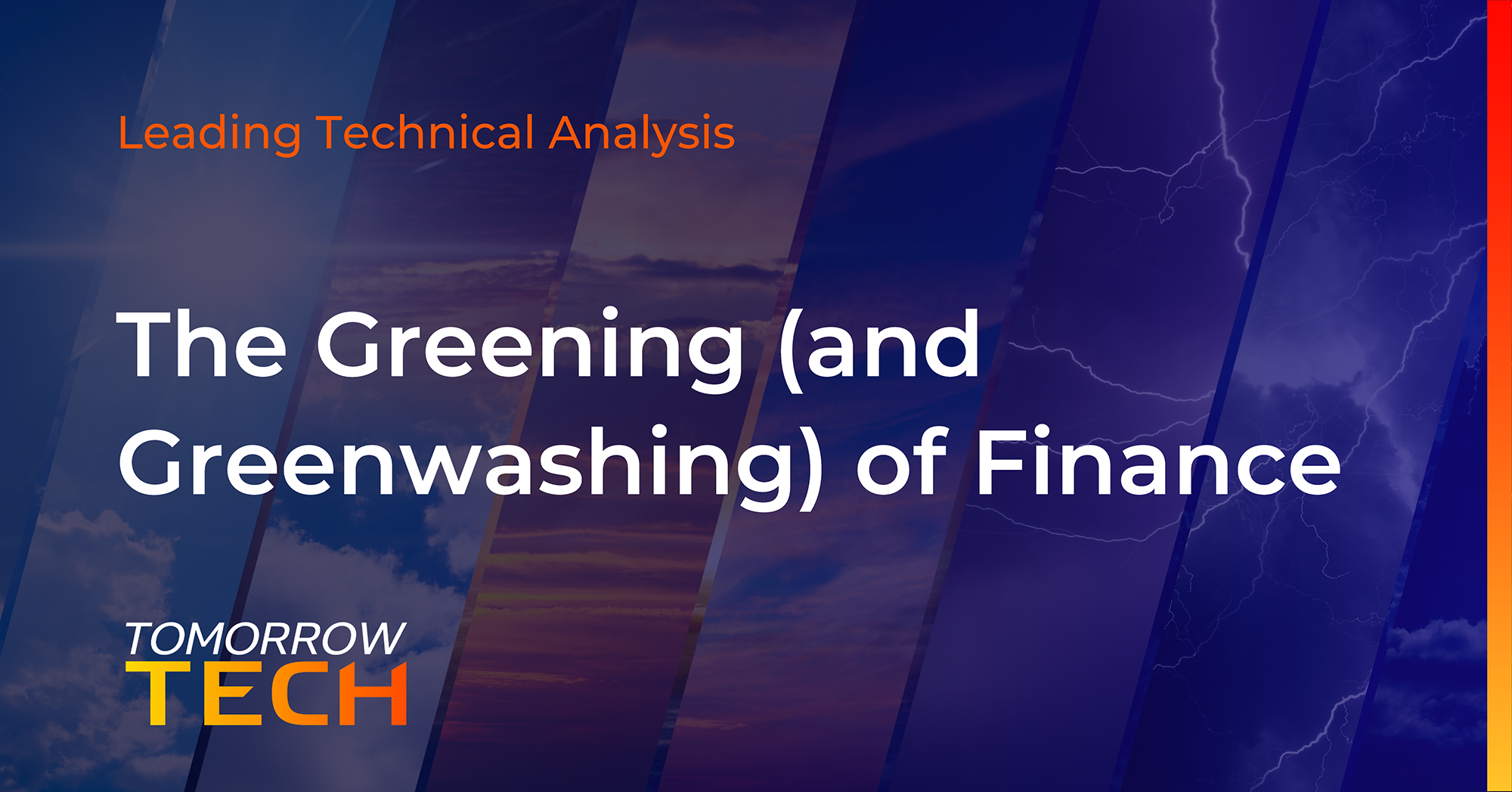 Climate-change stress is going green as more companies are beginning to assess the financial impact of climate change.

Temperature check: The big concern is that climate change can affect the global economy in an unprecedented way. Regardless of what camp you occupy—whether you’re for or against the climate-change movement—chances are you’ve seen the “underwater” images of what things might look like in the years to come.

CNN: Our underwater future: What sea level rise will look like around the globe. Retrieved October 18 from, https://edition.cnn.com/2021/10/12/world/3-degrees-sea-level-rise-climate-central/index.html

Late to the party: The US is unfashionably late to setting corporate climate-reporting measures; far later than, say, the UK and France.

But… there is possibly a little greenwashing going on as well: 90% of S&P 500 companies are sharing climate reports, but they are mostly voluntary. A large majority of Fortune 500 companies have emissions goals, but only 13% to 20% are verified to be based on legitimate science. There’s also a lot of lip service going on. For instance, Costco says it wants to reduce its carbon footprint. However, they have not set any formal targets, and some critics wonder if they’re hiding it.

WWF: Fortune 500 companies are acting on the climate crisis—but is it enough? Retrieved October 18 from, https://edition.cnn.com/2021/10/12/world/3-degrees-sea-level-rise-climate-central/index.html

Main Point: Climate reporting is about to get standardised, making it harder for companies to “cook” their climate books. Higher reporting standards may drive more capital “green” toward green industries.

One thing is sure, the cost of extreme weather events is increasing, with extreme events costing the US almost $1 billion last year alone!

Look to a reasonably light week with Australia’s central bank minutes on Monday, Eurozone CPI data on Wednesday, and manufacturing and home sales in the US on Friday. The big thing, of course, is that it’s earnings season. The markets are likely to be on the edge of their seats for Q3 reporting.

The Williams Company (WMB) is an American natural gas and energy distributor. Most rounding tops get hung up toward a retest of their highs, and this often forms a lip or a handle (as in the popular Cup & Handle pattern). 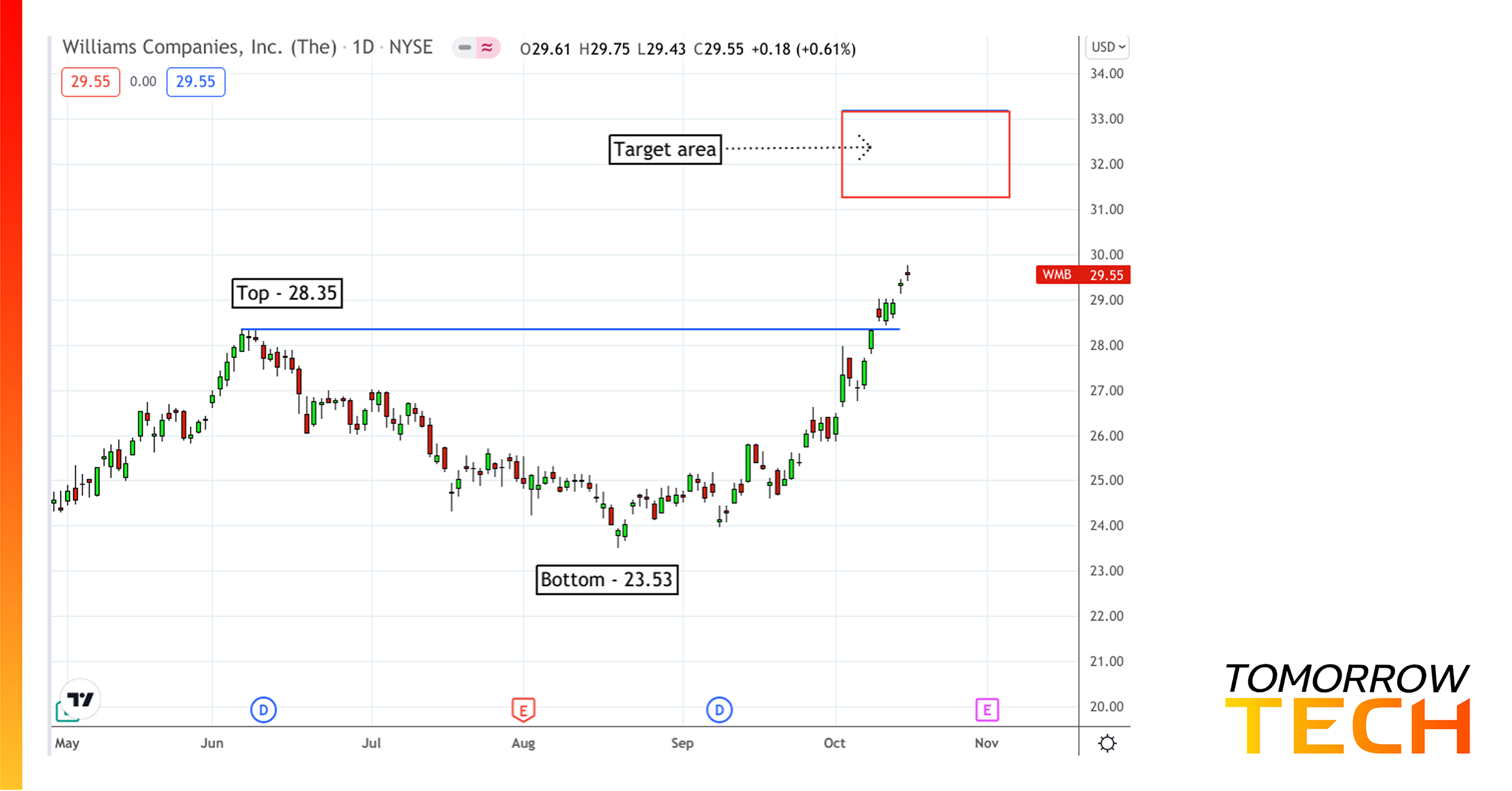 In the case of WMB, the price just blasted straight through the top. Swing traders might have placed a stop order at around 28.35. Measuring the height of the formation, a 100% measured move would be at 33.17. Traders might begin taking profits at 50% to 100% of the move, trailing their stops if the momentum pulls back.