Signs of Life and Monetary Erosion 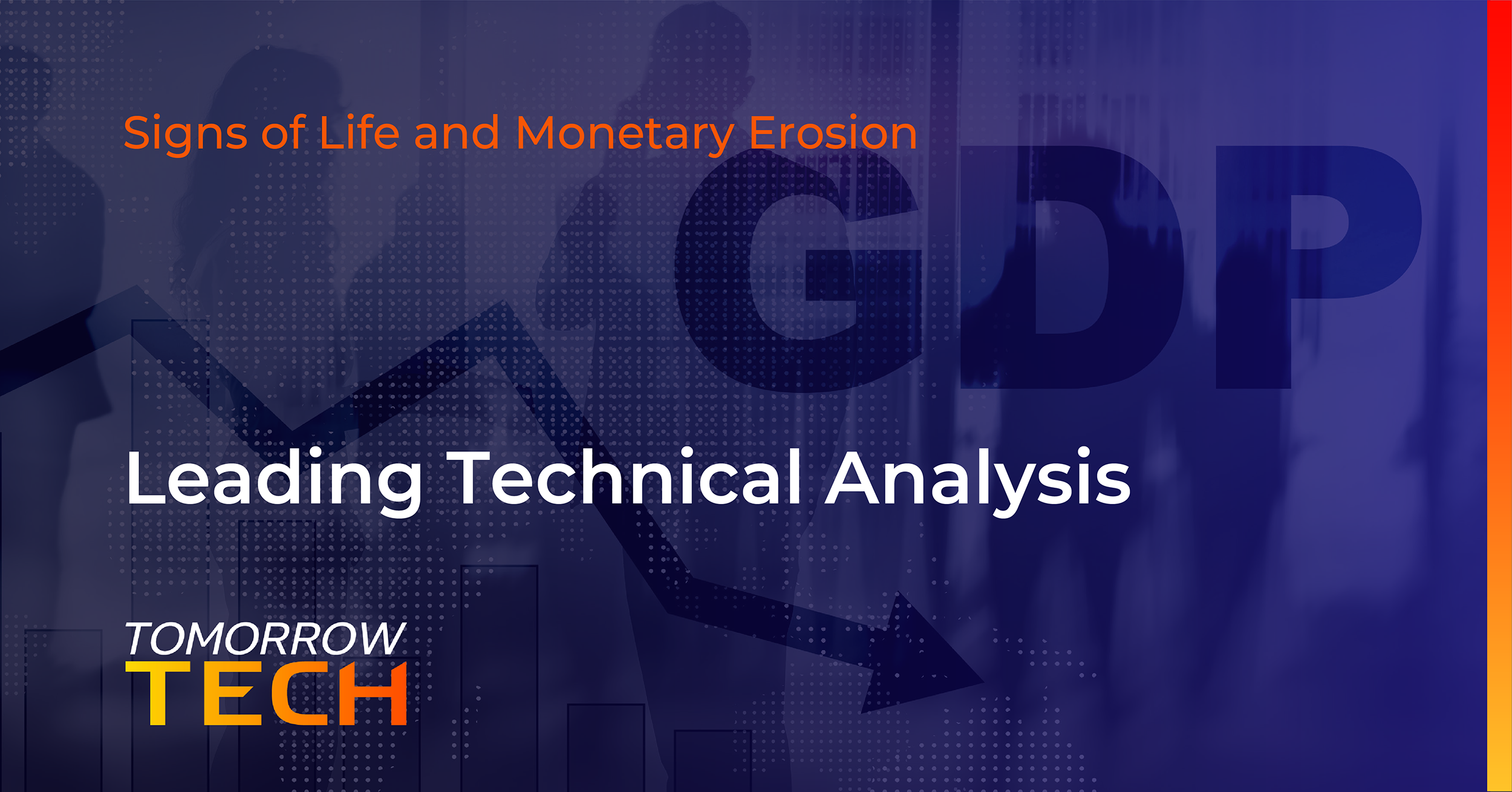 There are signs that the economic recovery is underway, but a few caveats and warnings come with that.

Manufacturing tells us the economy is recovering from Delta, but…

Last week brought us a slew of data indicating that economic recovery may indeed be underway. The Institute for Supply Management’s Manufacturing PMI index is among them, which grew 61.1 as most economists expected a contraction of 59.5.

This recent PMI increase is telling us that the economy is expanding. However, the ISM report also mentioned that employment in the sector grew very little, indicating an area of weakness amidst growth. The Bureau of Economic Analysis’ August consumer spending report, which came in at a mere 0.8%, can be considered a much tamer 0.4% when adjusted for inflation.

Talking about inflation, how bad is it, really?

Well, if you ask Wharton finance professor Jeremy Siegel, he told CNBC in a recent Trading Nation segment that “We’re headed for some trouble ahead…Inflation, in general, is going to be a much bigger problem than the Fed believes.”

Before this, Siegel was one of the more bullish forecasters, predicting last January that the Dow would exceed 35,000, which it did. On the other hand, he speculates the Fed may be sensitive to this inflationary surge, tightening monetary policy sooner than expected. He sees potential downside for growth stocks, particularly in rate-sensitive sectors like Tech. He also sees potential upside in Utilities, Consumer Staples, gold, and even Bitcoin.

No, not really. Besides, nobody can predict a bear. At the same time, it’s wiser to mistake a stone for a bear than to mistake a bear for a stone.

There’s been a lot of research on the typical characteristics of the bear market. For example, most begin with a rolling top, not a plummet (if you ask Fisher Investments). Most bears “average” around -2% per month (last month was down around -4%). Back in the 1940s, a famous Forbes columnist suggested waiting three months before calling a peak to avoid calling a bear too soon. Most importantly, every bear market since 1946 shows that a third of a bear’s decline happens in the first two-thirds of its entirety—meaning, the last two thirds of a bear market happens in the last third of its decline, where panic selling comes into play while “smart money” jumps back in.

Another thing to note. Suppose you look at FactSet data in the S&P 500 going back to 1946. In that case, bear markets fall on average -34% over 16 months (again, on average), whereas bull markets, not counting the current one, tend to last 57 months for an average return of 149%.

Considering all of this, it sure can give anyone a clearer perspective on bulls and bears. Given the wide availability of this data, it makes you wonder why the general investing public undergoes a near-apocalyptic panic every time the market has a down day.

For the remainder of the week, we look forward to the US ISM Non-Manufacturing PMI and many monetary reports and events in the EU. The next “big” day is Friday which gives us a double dose of employment data in payrolls and the unemployment rate.

A Tale of Two Targets

What’s a good technical level to jump back in? With Ethereum futures (ETH), technical levels are critical in the absence of any real standardized fundamental criteria. 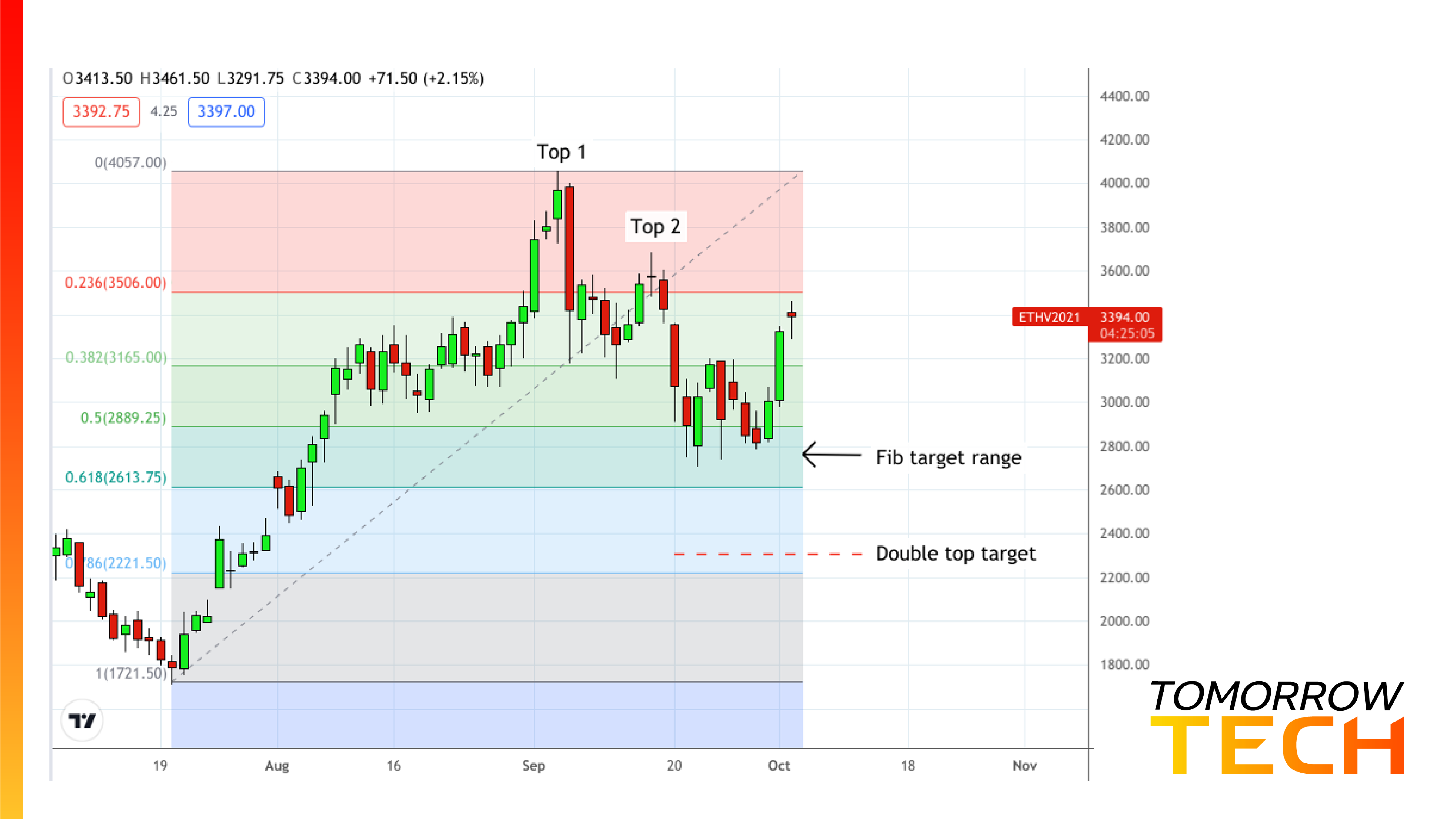 In September, we saw what can arguably be called a Double Top in ETH. One traditional way to trade a double top would be to take the height of the pattern (4,056.25 high – 3,179,75 low = 876.50) and subtract the balance from the low. This would have given us a pattern target of 2,303.25 (see red dotted lines). That’s “traditional” chart pattern thinking. However, there’s another way we could have looked at it—Fibonacci retracements. The 50% to 61.8% retracement is often a green light zone for those who are bullish on an asset or seeking a level to cover shorts.

As you can see, the chart pattern approach failed while the Fib approach found the more convincing case. When looking for critical entry and exit levels, it comes to show that it pays attention to chart not only pattern formations but also historical support and resistance and Fib levels. Should any of these (or all three) converge, you might have a stronger case to take action.