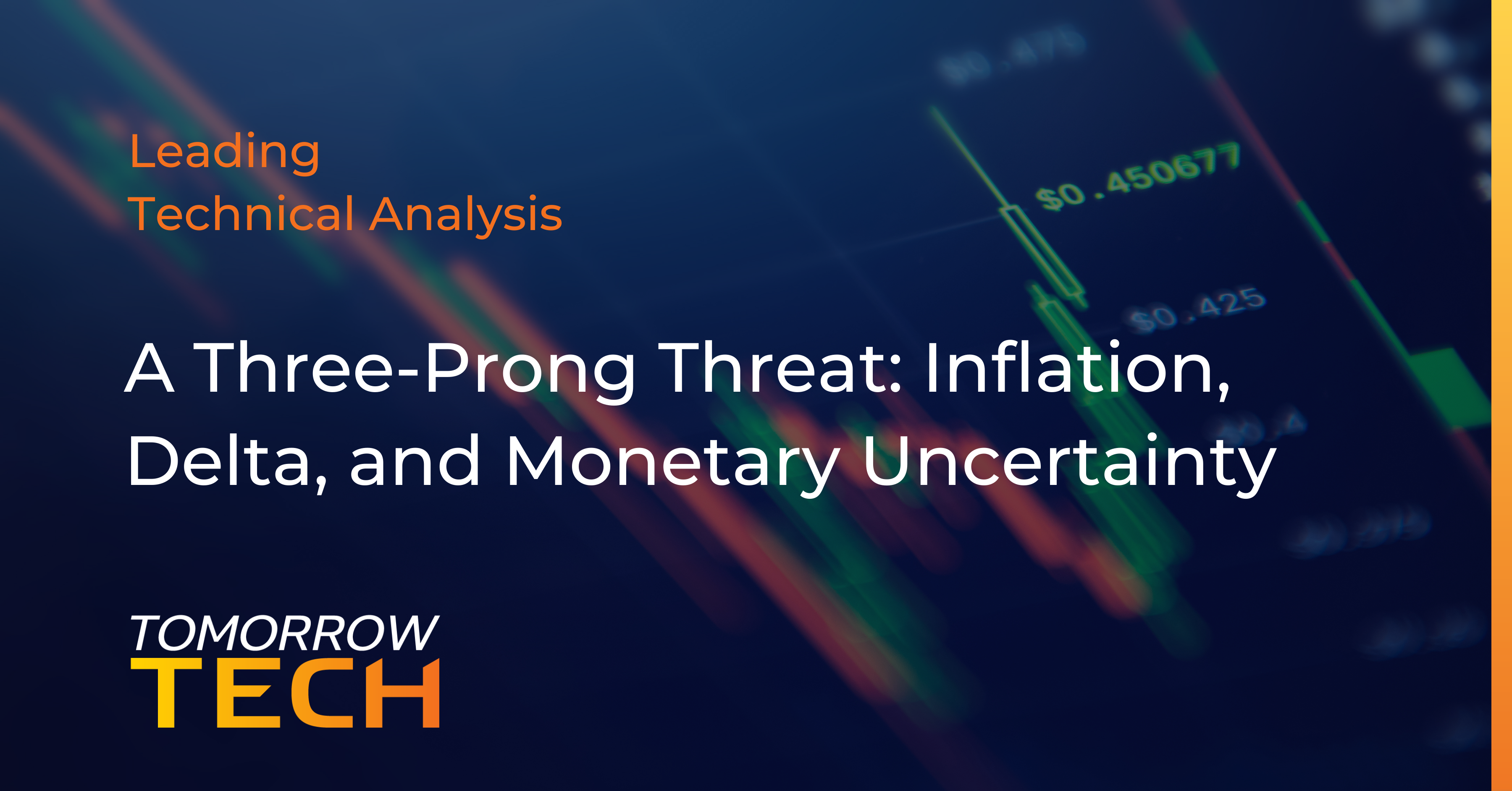 Consumer sentiment sinks well below the expected level as fears of inflation, a delta variant surge, and (non-)responsive monetary policy dampen the economic horizon and widen, even further, the division between Wall Street and Main Street.

To some investors and traders, the Russell 2000 merely represents “small cap” stocks; a volatile index of emerging to early-stage companies that haven’t quite yet established the financial security or product maturity that its S&P 500, Dow, or Nasdaq peers have proven on Wall Street. For others, however, they represent a) a much broader slice of the “real” US economy and b) a cross-section of industries closer to Main Street than Wall Street. 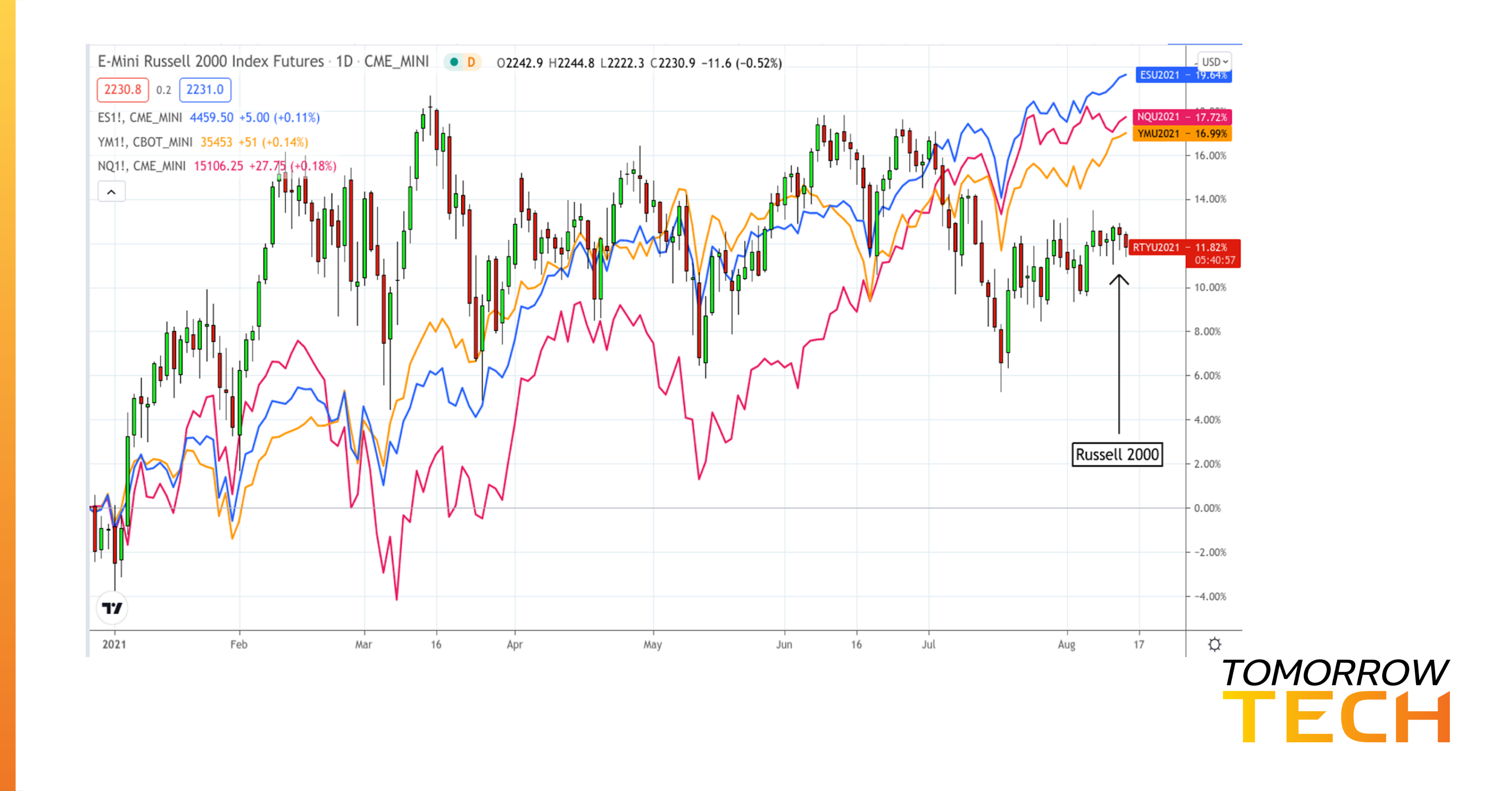 The division between the Wall Street and Main Street crowd became clear last week, when the Consumer Price Index, showing a continuing overheating economy (up 5.4% year over year) and the Producer Price Index, up well above consensus at 7.8% year over year, led to…should we be surprised?…record highs in the S&P 500 and Dow, and a slight retreat in the Nasdaq. Meanwhile, the Russell 2000 has been sliding for weeks, locked in an “indecisive” 5-month trading range. Do you see the divergence?

Main Street finally had its say on Friday when the Consumer Sentiment report showed what the “regular folks” were really thinking – and it paints a picture of dismal expectations ahead. Analysts were expecting a bright and optimistic 81.4 (up from July’s 81.2) but instead got a limp 70.2.

Might this mean a possible continuation of sustained easy-money policy across the global landscape? Nobody knows (hence, the uncertainty). But if it does, might it also mean a potentially solid and sustained uptrend in inflation and debt?

Next week’s schedule is packed with industrial, retail, and housing data. Industrial production tells you how much is being produced, while capacity utilization can help forecast potential output. Pair those along with the NY and Philly reports. Retail sales are expected to decline, given the rise in consumer prices. Remember, last week’s consumer sentiment report didn’t look very optimistic. Also, bear in mind that housing supply is ramping up, along with a decline in home sales amid rising prices. In short, there’s plenty of stuff to move the markets next week.

Is there any fundamental reason for the US Dollar index to reverse trend toward the upside? It’s a tough one, as Treasury yields remain suppressed, prompting investors, domestic and international, to find better yields, or even better monetary stability, in other foreign debt or equity assets. Nevertheless, we see an asymmetrical triangle forming on the technical front, which has a 50/50 chance of breaking up or down. 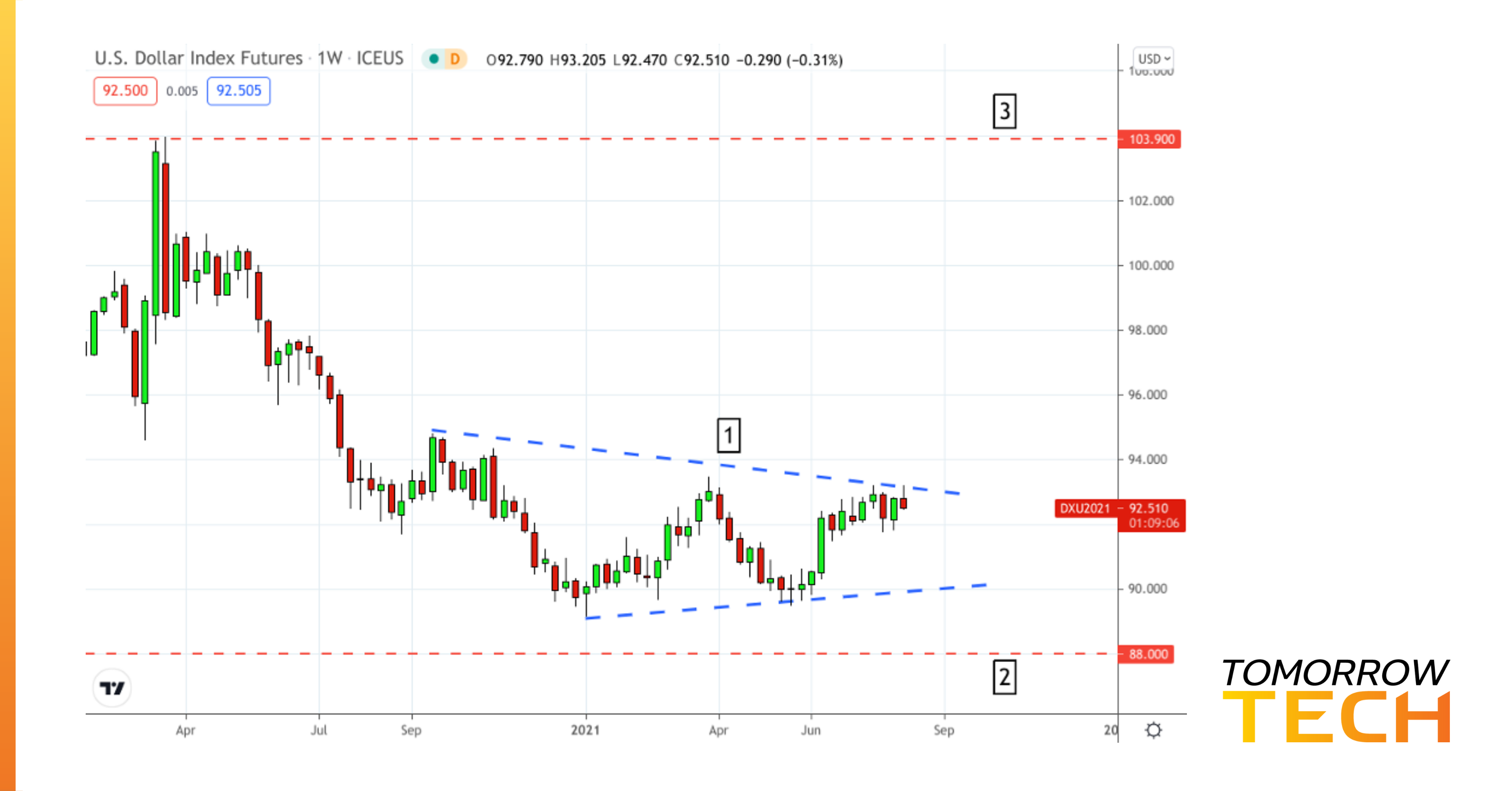 A downside breakout wouldn’t leave much room as it would likely meet strong support at [2] at the 88.00 level, which happens to be the 2018 low for the greenback. An upside breakout is likely to meet resistance at [3], the 103.90 range, strongly rejected in 2017 and 2020. Both levels form the four-year trading range within which the Dollar Index has been stuck. An upside breakout might lend itself to a nice short trading setup unless fundamental forces change the conditions of the trade.